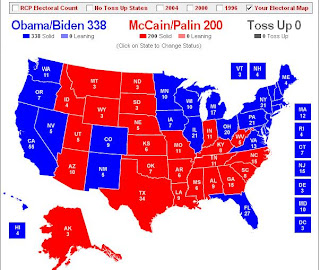 Update- 11/03 @ 8pm- And it looks like both Karl Rove and RCP have been spying my map; they both have exact clones on what you have been served for three days. God speed Obama.
Posted by DonCasiragi at 4:48 PM