Enormously good read from Liberal Economist and former Obama Advisor and son of another Keynesian Legend, James Galbraith. One cannot but have a feeling though that the book deserves more than its divisive title ("How Conservatives Abandoned the Free Market, and why Liberals should too")


The books pace readers through the history of neo-con economic theory and the rise of Reaganism, and death of Keynesian economics. No doubt, the writer feels a need to defend his enterprise (and his father's). But he unveils the truth about neo-con economics which can be summarized as "High on Rhetoric, Low on evidence", and ultimately reveals the fact that even the practitioners hardly believe in what they profess in the face of mounting evidence that it does not work.


The later part of the book focuses on debunking economic myths ranging from inflation, deficit spending (of which he agrees with Dick Cheney is no big deal..yeah Cheney) , deregulation to free trade, and ultimately examines the premise of the "market". He profers central planning as an effective tool in the kit of a proactive government wanting to act in the best interest of the "most". Indeed, James assumes that his altruistic readers were for more equity and less disparity...this may or may not be true ambition or goal of everyone. If that is the case however, this book shows how best to achieve what the Nordic countries achieved in post-world war economy. A sort of compromise between socialism and capitalism.


This is a must-read submission for anyone interested in contemporary economic theories and their practical real life effects and responses. You cannot but be amazed by the amount of media garbage you've been fed all this while, and how untrue most of those are.


Well free market, that is for those doing the screwing. Don't get screwed.


UP GHANA! I guess now  Ghana and Brazil (lol) are Africa's best hope...stop laughing at the Brazil thing, it is the second largest black nation on earth. lol 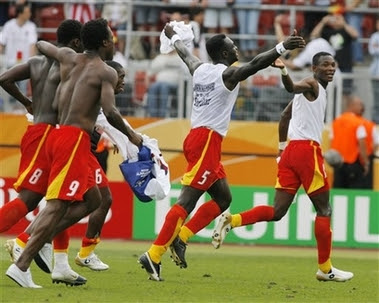 Posted by DonCasiragi at 7:47 PM 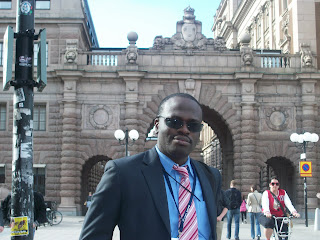