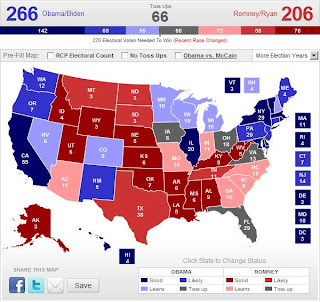 Anyone that reads this blog, knows I have been stoically pro-Obama from time immemorial, and remain perhaps the very few that was enthusiastic if not even more than they were 4-5 years ago about his presidency. Forget about the historic relevance of this Presidency, focus on the results. Fact is, America will never get a more common sense, nose to the grind President that has achieved against all odds. And therein lies the legend and achille heels of this President. He has confronted historic recession, unheard of obstructionism and put-downs by the disrespectful opposition and a lot of bad luck to pull a far above decent presidency.

From Healthcare to Energy Policy to Innovation, the President is building historic records that even an iron clad Republican government will find very hard to dismantle. The other day, I was reading about how the Department of Navy is utilizing biofuels and increasing energy efficiency to prop up the alternative energy industry. This are the below radar achievements that Obama will be remembered for: more than Healthcare, more than Killing Bin Laden/Undermining Al Qaeda or Keeping GM/Chrysler alive. He is remaking the economy through clean energy, domestic manufacturing, education and civil rights. In the real sense, it is this very last reason (Civil Rights) that really have the Conservative Movement up in arms against the man...and they'll regret it. If not November 2012, in November 2022 when Texas will vote solid Democratic, and Republicans can kiss the Presidency goodbye for another half a century.

Some on the left are disenchanted. They wish he was a King-Magician that will just make all their wish list come true. Immigration, Closing Guantanamo, Campaign Finance, Combating Inner City Poverty are among their wish list. The far genuine one is the lack of decisive action of leveling the wheels of justice, even though one can argue revising the crack-cocaine sentencing disparity was a first step (and that was Civil Rights too). But far above these, the left wish he crushed and destroyed the livelihood of every republican. But that is not his style: and for this the nation should be grateful.

As the President heads to the stage in Charlotte, his speech will pivot very nicely from Michelle's wonderful introduction and Bill Clinton's masterful lawyering of his case for a second term into what the nation should expect to overcome its problems of employment, deficit/entitlement and  growth  in that order. Here are 7 ideas, he can put on the table:

On Employment: He should reiterate his $440bn Jobs (1.8 million new jobs) Bill paid for by removing Bush Tax cuts for millionaires (see third point below), and also throw the GOP something by way of tactical support of the JOBS act that seek to help start-ups go public faster by reducing Sarbanes-Oxley requirements. This will make GOP look more like the obstructionist; while helping his own base: Silicon Valley.

On Deficit: He should state his support for balanced type approach of the Simpson-Bowles commission with some type fiscal reordering while emphasizing he does not support removing mortgage interest deductions for middle class families and the first $1million of their home values as Simpson-Bowles does mostly. He should say Billionaires should pay more, so middle class can get this tax benefit as they've always done. On Entitlement: He also should eliminate the current cap on payroll (Social Security/FICA) tax on income beyond $250k instead of taxing up to $140k as suggested by the commission. Time for the rich to pay up. Eliminating the distinction between capital gains and ordinary income is also long overdue. Income is income. Also, eliminate ALL corporate loopholes and leave their rate at 25% (below the 28% GOP wants). Arithmetic folks. Eliminate AMT for individuals. Yes, 3 tax brackets.

On Growth: He should recognize the complexity of the tax code and how it impedes planning. He should enumerate a plan to convey a tax writing commission to codify a simple tax law with most of his ideas. Indeed, to grant relief to current corporations and spur short term growth, announce an amnesty of 10% token tax rate in the next 18 months to repatriate foreign profits and tax credits that can allow them pay as low as 0% tax if jobs are created with it instead of granting bonuses or dividends. He should state his preference of putting in place deeper tax cuts for the under $250,000 earner for the next 3 years while the tax reforms states above is being written and the economy recovers. At the same time, any income above $250k will go back to Clinton years, capital gains inclusive.

Other topics: Announce a full throated desire to fix immigration as the second cardinal goal after the economy.  Link this to a desired program to revamp inner city education, insist on achievement and help big cities reform their schools by insisting on being tough on teachers and parents. The DREAM Act and Revamped Smart for Greencard program should be a base for this. Announcing a support for technology incubators in universities will also be a clear policy proposal likely to change the economy in the coming years.

On Healthcare: Stay the Course; use savings to shore up Medicare.

Posted by DonCasiragi at 6:36 PM