On Fayose and Playing to Herdsmen Gallery

I think a lot of us are  just too young to remember how the civil war started. Violence yields nothing, and when violence is mixed with ethnic and political undertones it has to be a smoldering powder that every educated person must condemn unequivocally. When I watched Governor Fayose of Ekiti state make a fool of himself as usual when he visited Ikole, and then some pen pushers glorify his madness either on the altar of delayed federalism and/or ethnic interest I shook my head. 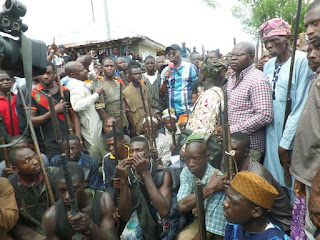 Fayose made statements like "his state", well he is just a governor (an usurper some of us think) and it is not his state. He has no right to stop economic activities by fiat and even his law if passed will be tested in the courts against the constitution and I can already tell you it will be struck down. If ranching is a solution, then the duty of the governor is to support that industry to inflame passion and call for inter ethnic strife and killing. That is just plain irresponsible .

Ranching is not a bad idea but won't happen overnight, even as we work to harmonize cattle rearer and farmer positions across Nigeria. The only thing that will come out of Fayose's madness is death, hunger due to unemployment and high cost of beef in OUR state.As an Ekiti man, and specifically an Ikole man (so this gets home and no need to cry more than the mourner)..this is not protection, this is lunacy. Omo ale Ni Fayose, ridiculing Ekiti people and our hard won brand for intellectualism and common sense. No one plays to the gallery with security.

The reality on ground is that this issue will only lead to more progrom and death, as Ikole borders huge husbandry states of Kwara and Kogi, and have benefitted economically from being a center of trade and commerce in cattle and yams. What is oncoming is clash and massive unemployment & economic depression for the already "left behind" who barely survive already. The consequences of his misadventure will soon be obviousPS: People talking about death toll of recent clash between criminal herdsmen and farmers are just plain gullible. We have higher death toll from maternal deaths in our hospital and bad roads cause by corruption and even armed robbery than cattle rustling. The issue is just the right one for ethnic jingoist seeking to undermine Nigeria for their own narrow interest and distract the current government from its war against their looting- Fayose inclusive.
Posted by DonCasiragi at 5:31 AM


So for those wondering what Dangote is really up to with that road deal he got, well here it is
1. Bought over 250 yellow machines (or Caterpillar) for his massive refinery, fertilizer , power and pipeline project in Lekki.
2. Don't need to hire an Engineering, Procurement & Construction Contractor, so he partnered with one to create a new West Africa giant..so he found Saipem who was already having issues with the Federal Govt on Oil & Gas local content: win-win
http://www.vanguardngr.com/2015/04/dangote-saipem-seal-joint-venture-agreement-in-central-west-africa/
3. To further vertically integrate his cement empire, why not just do a cement road construction demonstration - more expensive but more durable, and try it on a PPP sort of like basis while not necessarily making crazy money. Call it marketing. Fashola agreed like any economist would. Few tax breaks for free but great road? You kidding me? Even you will take it

4. After this demonstration, expect Saipem-Dangote E&C to bid for road construction concession based on the demo- using Dangote Cement and more or less annuitizing his current income from cement (like fixed deposit) in form of tolls we will be paying on such roads
Please don't call this monopoly. It is just smart business strategy. But some Dangote cement stock.

While most analyst have raised concerns about glut in the local market, Mr. Dangote definitely have his own ideas about where his cement should be used. The excess capacity building up in Nigeria is going into roads. You read it here first 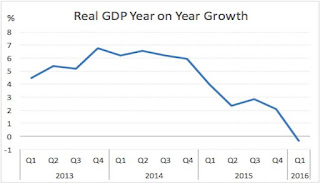 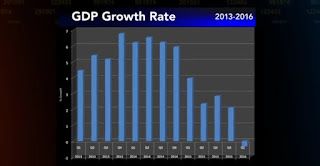