Nigeria's Unique Federalism, its Unintended Consequences and the Middle Road

The field of political economics is often underestimated, when trying to understand the nature of nations and the socio-political environment of her people. Politics is intricately tied to economics, because more often than not - it drives it. This is why context on this blog in discussing Nigeria and her economic development must be given in view of our her politics - past and present. 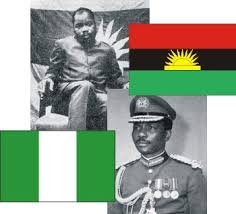 Speaking about the past, nearly all the economic problem Nigeria is grappling with today - high corruption & leakages, public sector and infrastructure deficit, heavy dependence on a single resource and resulting unemployment, foreign exchange crisis and potential recession in face of dwindling global oil prices, as well as the lurking monster of insecurity - can be traced to her political structure.

Nigeria's political structure is unique in the world. Federalist by name, it has a supremely strong central government that touches every facet of lives of her citizen, is by far the largest spender in the economy and employer as well, and is definitely the single largest stumbling block to the economic progress of her people. Under civilian rule, even though State Governors have equally received unique supreme powers within their states, their influence is extremely limited by the purse which is still by and large controlled by the Federal Government who controls the National Oil Company i.e.  NNPC - the number one money spinner in the country.

The unique structure of NNPC is food for thought. Here is a company owned by Nigeria, not just the Federal Government, but whom 36 of its 37 shareholders have no say whatsoever in how it is run. The state governments are all at the mercy of what NNPC managers who report directly to the President have to say. The Federal Government of course plies NNPC into its own purse, and state governors only get peanuts when it is all said and done.

But there is a reason why it is so...

The political history of Nigeria was one foundationally built on regionalism and devolution, true federalism and self determination but wrongly structured to favour the Big 3 at independence. The British handed over Nigeria to the Big 3 tribes of Nigeria, who went ahead to explore the very precipice of disintegration by never agreeing to doing anything right while trampling on the rights of Nigeria's vast minorities of 347 ethnic groups or more. Of course this led to the Civil War, where millions were slaughtered and ushered in an era of military led democracy - where the national was made unitary in all but name in line with military tradition of centralization.

Military tradition however only says half of the story. The lessons the Generals that fiught and won the civil war was to eliminate any form of regionalism and dissent by empowering Nigeria's Minorities by creating many states (from 3, now 36) and by making those states subservient and dependent on the central government for existence to foster national unity. Some of these states were also in fact created to be not just be dependent but to be totally unviable, as the Federal Government heavy dependence on oil ensured the vast non-oil states had the agriculture, mining and manufacturing economy destroyed in favour of Oil, Oil and more Oil. This was the end that justified the means..but there is no free lunch in political economics.

The first structures that was naturally centralized and accepted so were the security forces. Every gun totting or uniformed security or paramilitary agency in Nigeria was now controlled by the central government to prevent occurrence of Biafra War. States were no longer to be trusted with securing their local environment. Today, Nigeria reap this in whirlwind with constant inter-ethnic crises, Boko Haram terrorism and Niger Delta militancy. Policemen from grassland regions are sent to creeks as Federal Police and fail woefully at it. Our intelligence agencies became paper tigers, as the local population refuse to give information because they had no serious connection to the hinterlands. Police, Customs and even Prison Officials were housed in Barracks away from the local population they protect or work with, because they were subject to nationwide promotions and postings, and this was a practical provision for that reality irrespective of the fact that it undermines their work. Police were occupiers not friends of the populace.

Naturally, the banking and economic sector was the next victim of this centralization mentality. Nigeria's Central Banking developed a unique blend of profiteering and focus on big and mega profit making machineries in import licenses to feed the rapacious appetite for imports as the country made untold profits from oil. The direction of flow of money to the national treasury was also reversed; gone were the days when states contributed to the Federal Government (FGN), now the Federal Government allocated and handed monies to them from oil earnings. To do this and to maintain its power, instead of distributing money in the currency it was earned (mostly dollars), the FGN printed naira and kept the dollar in its "reserves", ensuring it became a virtual monopolistic source of foreign currency (exchange). This gave room for runaway devaluation, consequent inflation as the nation depended on imports as artificial scarcity in foreign currency was created even as too much naira was created.  Simple demand and supply theory.

The allocation scheme described above instead of contributory, is unique to Nigeria. And blame the soldiers and their insistence on strong central government for it and the other problems - unintended consequences that it has created.

Is there a middle road?

Understanding this political economic history of Nigeria is essential to making practical arguments for her reforms - understanding her history. There is a reason why Nigeria's elite class will look the other way when strident calls for restructuring and "true federalism" are made. These reforms may create even bigger problems if they're not carefully handled. That that from someone that was once in the federalism or nothing camp. Age and I guess experience should teach us better and we can find a middle road.

Nigeria may be far off from the federalist days of regional governments with massive powers, but it can have a more balanced political economy ...how it can do that is obvious from this essay. Devolve some powers creatively - state police for example, de-emphasize central bank monopoly on foreign currency by distributing (yes allocating) revenue in the source currency, purposefully move the country and economy away from oil by divesting and listing NNPC who should be given a more balanced board to reflect its 37 shareholders. Politically speaking, demanding more accountability from sub-national governments will also go a long way in recreating the much needed balance that Nigeria craves.

Posted by DonCasiragi at 2:57 AM

Happy New Year to all my readers. Even if you happen to stop here to kaka, it is okay. 2016 is already shaping up to be an interesting one. Breezed in home on New Year's day to an excited SMS from colleagues congratulating me on a new appointment which needed verification. Be it as it may, there was no alert - just hard work. The reward of hard work seems to be more hard work. Ask Fashola. I'm starting the year off elected as the brand new chairperson of AfriLabs, the network of incubators and accelerators in Africa. My headquarters of course will remain Abuja, and I'm looking forward to using this bully pulpit to attract jobs and technology investments to Africa and of course Nigeria. Wish me well. 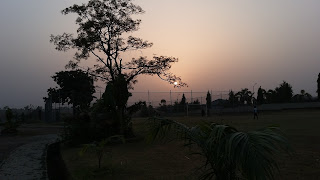 Another wave of messages came from comments on the last article on the budget I dropped before the New Year. It is an interesting read...hopefully, someone is reading. I prefer this NIA version to the SaharaReporters version that needed some work.

This page has been somewhat haphazard in the past 3-5 years largely because those have been building period. While I come in here to express my views every now and then, it has largely taken a back seat to my public commentary persona on such platforms like Sahara Reporters, Nigeria Village Square and NigeriansInAmerica. The proliferation of social media outlets also mean you're more likely to hear from me on the fly on my Facebook Page and Twitter Page (@busanga) than on this blog. But I think I will turn a fresh page in 2016. There will be a new view on here. This pages will be dedicated in bringing to bear the web of relationships and endeavours I have woven in the past five years; the breadth of which is wide- spanning inclusive but obviously not limited to technology and entrepreneurship development (AfriLabs, Wennovation), Energy Development (NCDMB, Amazon Energy), Project & Business Development (LoftyInc), and Health and Safety (OHSEC) as well as political.

We will still continue to explore expanding the horizon on this pages, highlighting projects and exploring themes on monthly basis that provides answers to the burning question of: how do we develop Nigeria? Please join me on the journey.

What are we reading? 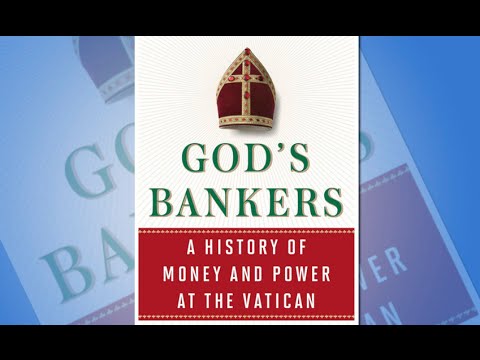 Books are still of peculiar interest on these pages. My reading palette have no changed much in the last few years. May be I read a whole lot more electronic (kindle) books, and my hard book collection have slowed but I still try to do 4-6 titles every year, and loads of articles in between with Fortune, Bloomberg and IEEE Spectrum. I will continue to share on these pages. The toughest read of 2015 got to be "God's Bankers" - it is about the Vatican Bank and money laundering by the world's largest Church. Thrilling details but one can get lost in the weeds of Pius this and John Paul that who used to be Vitrolli Magarati or something like that. I finished it off on the 31st of December after many months of tough reading. Best read though was Straight to Hell, about Investment Banking deviance - in this instance an expat point of view in SE Asia, instead of the same old boring Wall Street gist. You should  pick it up. Biggest disappointment? Putin's Kelptocracy. I couldn't even finish reading beyond a chapter. Poorly written and blabbing. I need my money back.

Posted by DonCasiragi at 2:24 AM