I always wanted to visit China, but thought that trip was few years away. China is world's largest nation; what it puts out is as intriguing as its massive population and land size (third largest, only behind Russia and Canada in the world). But it is also a tough nation to visit. Getting a first time visa can be a serious pain in the behind, and intentionally so. This piece of real estate have always existed for many years without contact with the outside world. The shielded Chinese are still getting used to the "free for all world", and Visas are especially restricted to a traveller from the West. But I was offered a special opportunity to visit when my business partner called about an upcoming Baltimore-Xiamen Sister Cities Trade Mission, which we could be part of; to us, this was China Beckoning. I was ready to go!

Packing my bags after a Summer Work on the Road that had taken me to Lagos, Abuja, Douala, Yaounde, Dubai, Abu Dhabi, Aberdeen, London, Orlando and Atlanta, I was just about settling back into work-life swing when China came beckoning. Armed with my broken iPhone (forgive the really back pictures on this trip), I took the trip to Michigan to connect with the Baltimore City Delegation to Shanghai.

Arriving in Shanghai, the weather was hot but not as sultry as Houston. It was a quick check-in, and then three days of dinners- bottoms-up elaborate escapades demanded by our Chinese hosts and really useful business meetings. Shanghai is an elaborate financial capital, with mega-projects feel...I think it competes more than well against Dubai for crazy-projects of the century. Massive new shiny financial district stand aside traditional urban centers of Shanghai's past, and are dwarfed by the seemingly unending rows of unoccupied skyscrapers- more on that later. This is probably the largest construction site in the world. 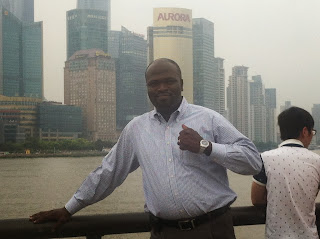 On Saturday, we left for Xiamen proper where the China International Fair for Investment and Trade was taking place. An annual binge of Chinese fervor and international curiosity. There we ran into the party of former Vice President Atiku Abubakar, who was busy punching away at his smart phone, 90% of the time. Xiamen is a smaller city- Chinese standard, with only 3.5 million people but much laid back with nice party city, tourism thriving and more evenly distributed economy than usual. It seats just across the Taiwanese straits, and benefits enormously from trade with the other China i.e. Taiwan. Though one generally sense a lot of animosity that Chinese has for the Japanese, I think you sense more envy than rivalry for Taiwan. Taiwanese businesses flourish on the mainland, and make regular visits irrespective of the permanent missile aimed at them, and the perpetual military exercises the Red Army uses to delay flights from the sprawling Xiamen Airport. Jokes aside, we were held on the traffic up to 3 hours at a time, flying in or out of Xiamen due to military exercises- note to self: always plan for that. 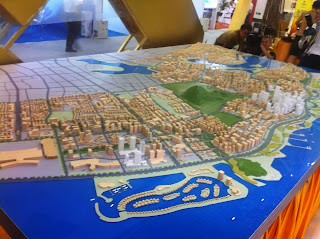 On Monday, I excused myself to visit Shenzhen from the official delegation. This took me to visit the ICT capital- or Silicon Valley of China as some call it. Shenzhen is gorgeous, as it is more open. Young people here are managers, directors and the tech spirit is alive and well. The manager of a chinese tech company that picked me up the airport, dove into politics without apologies and prompting- and had harsh words for Chinese repressive system, but also a lot of hope for his country and proud of its achievements in keeping most people out of desperate poverty- as large as the country was. Indeed, he talked about India as the alternative with large masses in poverty, and he preferred China. Here he was, only 28 and well travelled to many parts of the world doing sales for his company, and he seem to me to be China's future...not those old bureaucrats we met in Shanghai or Xiamen. The best Chinese Food by the way I had in this country was also in Shenzhen. Very tasty! 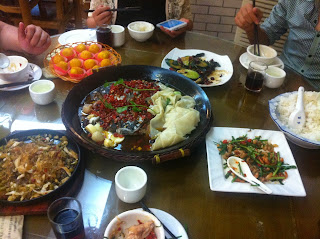 It will not be for the business or shiny new buildings I will remember China; it will be for the true personal love they showed me - a brother going around China. It was definitely not uncommon for Chinese women and teenagers- male or female to step up to me to ask for a picture during this trip. The occasional giggle, random request for autograph..it was simply out of the world! I thought loudly to myself, I need to bottle this stuff before more brothers head to China. Hey, China showed me love. 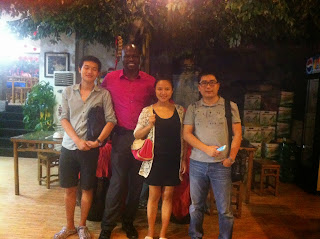 With respect to China, some key take aways...in bullet points as I remember them:

Let me end by discussing one paradox; the never unending sights of empty skyscrapers in Chinese cities. Many can't help but ask how the developers remain in business. Well, it is simple- those buildings are owned by China Corp. Looking at 500 million people moving from rural areas to the cities in the next 30 years, the country has figured how to create a developer class that build empty ghost cities. The government lend money to banks, who back this buildings, who then buy them back. The government loan is securitized, but it originates from surpluses generated by China Corp as the world's largest factory. Alternative investment? Well, they do that too. But they figured providing for the oncoming population onslaught is much better deal- and heck, those future dwellers may either be working and paying for this at some inflated value to the future, or they will earn the right to live there by working for China Corp. This paragraph if it is confusing to you, is just because you believe that demand-supply crap too much: this is China.

In Conclusion, this is a world set apart and is somewhat insular. While China may not have ambition to dominate the world actively, its soft cultural ambition are formidable. Bullish on Chinanomics, doubtful it can lead a political and diverse world.
Posted by DonCasiragi at 6:24 PM