Why Do You Strive For Excellence? 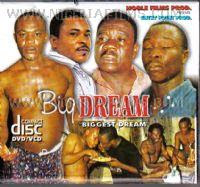 Just came back from a five day vacation to the East Coast. During the trip already tagged Operation Thunderbolt or for Yoruba translation, “Operation Magun” (a play on the widely acclaimed widescreen theatre Yoruba play I remembered watching in UNILAG theatre when it was released), I had the opportunity to visit Virginia, Washington DC, Maryland and Rhode Island. In between all these shuttling, I rode the plane for seven hours, the rail for fourteen hours, and probably used the road five hours- in the passengers sit of course. This period provided an opportunity for reflection; a period to relax, visit friends & relatives and just see new places and things.

But the eventuality of this Monday morning resumption got me thinking why we even work. Or put it another way, why do you strive for excellence? The answer to this question will vary depending on your station in life. Very early on in life, it could be to simply make your parent and family proud. Me think I don pass this stage by now, even though it is still a factor but it is hardly the most important reason. Other reasons may be that it is in our DNA. Certain people are surrounded by so much excellence either by blood or filial relationship that they feel a need to constantly have their A game on. It also might be for fulfillment and satisfaction. I for one know that I generally won’t feel satisfied until I have put in my best. Even when my better showing is someone else’s superlative; it won’t suffice until I have put up my best game. Even then, if it fails, I simply don’t care provided my inner voice tells me that I had put in my best. It won’t matter hence, going forward.

At other times, why you work so hard might also be for even less selfish reasons including but not limited to ensuring a better life for others. It might be your children, or even your grand children. Other times, you might be striving hard to make your country, region, state or locality proud. The most altruistic ones amongst us do it for the human race. I personally don’t see myself doing the last. Am simply not that global minded: okay now, Mr. Holier than thou. I currently work hard enough to put my family, relatives, future descendants, state, country, and race ahead- but doing one for the human race is way beyond my reach right now…or so I think. May be this is just mediocre thought after all. One more confession, I guess.
P.S: I completed my first pacesetter in more than ten years. Love on the Rocks written by Sesinyi, Andrew and set in Botswana. Good read. But an even greater reading was the 21 Irrefutable Laws of Leadership by C. Maxwell that I finally closed on in the rail while headed to Providence. Everyone should have a copy and live by these laws to stay ahead of the pack and do right by those you lead or intend to lead. Followership mentality abounds in the world today, but even more common is the bad leader mentality. I guess some people gotta follow forever right- just don’t want to be the one that’s all. I hope to finish this Obama book…I resumed on it on my way back to Houston. His treatise on race relations is exceedingly insightful.

Talking about widescreen, do you know the new Tinapa Resort contains a multi-million dollar film village with state of the art production studio fit for movie theatre productions? May be Nollywood need this shot in the arm. Watched a very funny Nigerian comedy in Providence at my Uncle's pad- Big Dreams, Biggest Dreams it was called...there is always something original about Nigerian comedy plays...may be the best genre. I can't stand the others. Even with this no name cast, this was just an excellent plot and an even more excellent acting.
Posted by DonCasiragi at 1:01 PM No comments: