Spring Optimism and Getting Some Life


Am just back home after a long day- but trust me am not complaining. I had the equivalent of what you can call a full, well spent day - than you very much. Am here seated in my garage tapping away at the keyboard, fettering away the empty threats of baby Texas mosquitoes. Not complaining either. Am soaking in the spring- well lost to its optimism. Left work at 5.30 to play soccer. Am part of a new soccer team at work playing in this sports monkey intra-professional league in Houston. Yeah, professional as in Oprah professional not Beckham professional fool. LOL.

Oh well, can't be asked. I had fun. It was well worth skipping the gym at school which had been my solace in those nippy cold winter nights. It was cool, and soggy out today. I scored one goal..and my team won: yes even it was by one. Spring has something about it. The weather is just about right. We plan for the summer, make great plans for the year (we got three months left right?) and set those BBQ plans that is all commonly Texan by now. I got my cool paddy sister from London visiting now..Annette that is. Hope she is reading. Ol girl, na drink Houston dis Thursday make we go boogie am.

What plans have you got for summer? I plan to do my share of travel. Just came back from New Orleans. It was helluva a fun. Was there for St. Patricks day weekend with my buddies- Tee and Sly and Bourbon street did not disappoint. Do they ever sleep in that city? And well, i broke my glasses. Not in the big easy, in some downtown hangout spot here in H-Town. Dropped it and came back for it. It was useable for a month and then it went belly up. Well, I had to get a new one, hopefully I can get a new frame to put the scratched up pair as spare.

As for the rest of the summer- Dallas, Seattle, Vancouver CA, Philadelphia, Denver and oh yes, Nigeria will come down in a roll. It will be a junketting summer for me. Alaja travel. Sorry London folks, I don't think I will be coming around till year ending. That is if you will pick up my ticket tab. Stingy folks. LOL. Well, other summer plans include catching up on some reading. I have set an ambitious target of ten books. I added about twenty titles this winter and I should able to wittle that list down for your viewing pleasure when I post next.

Talking about books, I just finished reading that confessions of video vixen book by Karen "Superhead"and yes I have gotten over my initial guilt of reading soft porn autobiography. Hers was a story well worth the reading. It is a recommended reading for young girls losing their ways- Brittany Spears that is. Why is it so hard to get ones hands on Wole Soyinka's the man died and G.O.'s the history of the Yorubas. Well the later is so prohibitively expensive I had to set up a trust fund to buy it on Amazon where it is going for $55. Well thank God for good mercies, a gift certificate I got from work should pay $45 and I will kick in the rest. I am yet to get the certificate so don't even mail me to ask for a transfer. Awoof dey run belle.

And yes Facebook...geez creeps, stop tracking me on there and calling your friends to exchange snippets of information you glean from that page. Get a life this summer out of facebook. If you are male take up gardening like my friend Terell. Metrosexuals that is. I lie- well, I have been doing some yard work lately and will share pictures and my progress with you later (if y'all promise to stop being nosey). I plan a few weeks of touch ups especially to the flower bed upfront; I have been particularly lazy in the past year. Last weekend I installed my own innovative sprinkler system for the front yard (why do you think I went to engineering school?) and outsourced my mowing (heck, am too old for that now). Well, I did some weeding too- thanks goofers , am cheap that didn't come with the mowing- and added fertilizer and mulch to the trees. I also got a new tall palm plant for a new look and it is doing just fine as I speak. The background noise of the sprinkler from where I sit here, makes a perfect pitch of natural solemnity - the best you can expect in the urban jungle.

Congrats to Terell Dawg. The Statesman moved to his new crib this past weekend. A we o. Emi a se opo re o. Abi omo, a fe aya o. Amin Olodumare. And all you my female friends who quit calling cos y'all don land fine bobo for summer gyrations- well done o. Queen and Dessie, report here. Well, I think I have ranted too much already, and shared enough of my non-Obamanized life. Get a life pees! Am out!

P.S: Can't get enough of the Uganda video I posted above. Those girls are cute (una see as one of them dey shake dat thang- omo buruku gbo gbo), and the song just strikes a chord with my new season of optimism. Acuna matata. It is well. Can't enough of the Office shows on NBC too and the new DVR-W is doing such a fine job. Now I can get rid of that whiny Wolf Blitzer on my screen. Yes, that is a new one Mike. Me not Michael on office. Again, get a life!
Posted by DonCasiragi at 8:46 PM 2 comments: 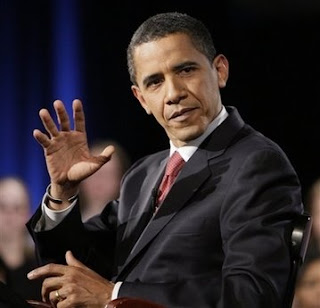 Dang. Am addicted to my new DVR. This box is wonderful! Now I can record hardball and that son of gun called Keith on MSNBC and yet be able to skip those doomsday commentator that have next to nothing of great insight to offer but their bubble heads and cheap analysis. For all I care, it is worth the extra two dollars cos now I spend 20 minutes of my day on TV instead of the 22 minutes I used to before. Well, just before I canceled my subscription for paid TV. Have a great day!
Posted by DonCasiragi at 12:42 PM No comments: