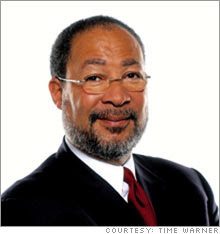 The Chinese is here! Looks to me like this is a bubble or how else do you describe Petro China's rise as the world most capitalized company to the 1 trillion dollar mark ahead of Exxon Mobil-valued at half of that, on the first day of listing on the Shanghai Stock Exchange. Given, PetroChina is benefitting from a deepening economy but I doubt it is worth that much. PetroChina's profit is said to be about $21bn compared to Exxon's $40bn last year; its margin is way less as it can hardly pull those capitalist stunts XOM regularly pulls on North American consumers at the pump and its reserve accounting estimates are questionable. It is said to have reserve of 20bn barrels compared to 22 bn by Exxon. Given, that its reserve is growing (due in part to its govt. readiness to engage in blood trade with Sudan and other dictators), but I can hardly depend on Communist accountingf or insight. Shell must have a disciple in PetroChina that believes in obfuscating those reserve numbers- as those familiar with the industry knows..this is more voodoo art than science.

Noted: Corporate America Mafia Don Dick Parsons resigns CEO job and continues as Chairman of Time Warner. Teaching that brother in Merryl Lynch -Stan O'Neil some lessons on how a black man should govern in corporate America. Board packing is the name of the game- don’t be lonely at the top. If one compares Dick's battles with the likes of Icahn and his ability to withstand his nemesis to O'Neil one off and you are out mistake, there are underlying lessons for the wannabes out there. It is still not a fair world. O'neil thought position and power immunizes him, but the board was so not amused. I bet if he took notes from Parsons he could at least still be Chair as we speak. Heck, it didn't go down like Chuck Prince under him. Click Here for an inetersting article on yahoo on the diminishing ranks of black CEOs in the past month.

P.S: I have decided to merge my life interests- reading, politics, investment and travel on the new busanga.com . It is hard to maintain two thoughts and two blogs. Hopefully more personal insights will come with less focused blog. The hipvestor site will be discontinued forthwith but should still be up for reference. One reader complained that I hardly go personal on here- may be it is because you people will not just stop hounding my controversial views.
Posted by DonCasiragi at 10:37 AM No comments: