New report that Mailki was eventually forced out today, confirms my thinking that Obama have managed to construct the most complex but equally effective foreign policy and defense doctrine. Proper analysis will reveal that what Obama doctrine is all about; it is not as humble as democrat make it seem, or as docile as republicans assume. 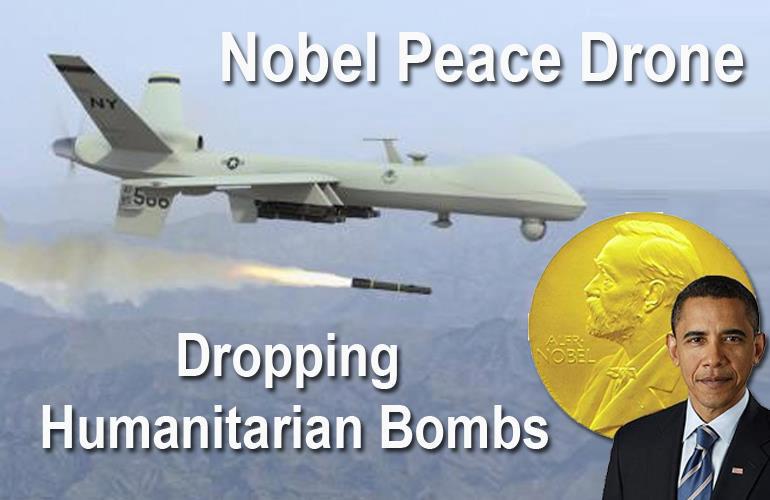 1. Obama doctrine is predicated on a near classical liberal outlook of the world i.e. that America's military should be hardly used to intervene in international matters, and that when they are they should be used for first humanitarian purposes that enhances the soft narrative of American power but also dissuades challengers. This clearly favors projection of aerial and naval powers; instead of ground troops. Ahoy me navies! Ultimately, this President will use force when convenient, but doesn't like to be boggled down. Democrats right from the days of Harry Truman that dropped the only Nuke bomb in the world, always favor massive superior air power to door-to-door fighting. Those kind of fights are cleaner and you need not live with the pictures after the deed is done.

2. Obama's doctrine specifically for the Middle East is to ensure maximum distraction for the near anarchic forces that compete for attention in there. That is why, he won't step in as ISIS which hates US backed Iraq government battles it out with Syria which US hates too, or intervene meaningfully when Libyans, Egyptians, Iranians or other troublemakers light up themselves. In his mind, a fight among Middle Eastern actors is good. It keeps them distracted from the common enemy, which is America. In fact, evidence shows that 9-11 followed 5-8 years of relative peace in the region. It is better for America that the region become controlled chaos than quiet.

3. Ultimately, Obama believes in Local Leadership. He won't put forces to support factional leadership if the local leaders won't figure out they need peace to govern and prosper. He reasons that America's involvement only makes the situation worse, and leaves one party feeling entitled and another burned (read future enemy). It also allows the victor to have the luxury of not cooperating with rivals albeit minorities. He recognizes the fundamental problem of the Middle East is a lack of respect for the less powerful or fortunate: it is a winners take all culture. Hence, his refusal to back Iraq National Government as ISIS pressured them, but ran in aid to Kurdish Regional Government that is more cohesive and reasonable. In fact, crisis that pressures the incumbents in the Middle East will intentionally be allowed to fester under Obama unless the get out of hand.

4. The most defining plank of Obama's foreign policy is that results are more important than braggadocio or semantics, as opposed to what is favored by the GOP. He won't talk big or brash, but be very afraid of this cold son of Africa when he wields his drones or Mother of all Bombs (MOABs). He will use it, effectively and cleanly. Ask Osama, Ghadaffi and the thousands he has been shooting like an assassin in the air.

Thoughts are of course welcomes on the points made. Feel free to drop me a line at administrator@busanga.com
Posted by DonCasiragi at 6:44 PM