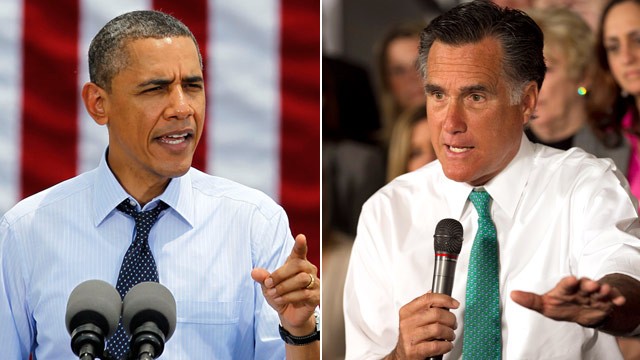 Much have been made of New Jersey's Mayor Corey Booker's rebuttal on Meet the Press last weekend of President Obama's critique of Romeny's Bain years. While we can all agree that Corey is plain suicidal, at least politically, the jury is still out if Obama's strategy of making Bain the center of his definition of Mr. Romney will really work.

According to its proponents, defining you challenger earless crucial to winning elections. Using their supposed strong suit agains them (John Kerry's Vietnam record, remember?) is also supposed to be a game changer. Since Romney have decided to make his years in Bain as the core qualification for his intended Presidency, the reason goes that Obama has to puncture that believe. To Newt Gingrich that said it never worked for him, the retort was that he never had enough money to make that case, and he was often hedged in by the GOP Elders.

Well, yes and no.

It is true that when the case of Bain is being made, substantial focus on Wall Street and its destructive effect on Main Street works. But the strategy also hold very dangerous omen and the Obama campaign has to be very careful. It is not as simple as saying this is a Wall Street guy that became rich because he flipped companies, some sort of connection to the current pain of the people and private equity have to made: and here it where it gets really difficult. Basically put, slandering works (i.e. call Romney a Wall Street candidate that screwed  up our lives), but the details are iffy (i.e. work on shells here, buddy!) Clearly the President must be willing to alienate some of his Party's most loyal donors, piss off the whole of Wall Street and basically run an industry wide slandering campaign if he hopes this succeeds. Or May be not...

I for one think that attacks on opponents have to be cascaded and the Obama campaign might have started from behind with the least effective story on Romney. Here are three lines that work for Mr. Romney, in their order of potential effectiveness:


I think the Hope train chose the least effective one and are not even consistent with it as the Corey incident shows. Why can't the President find himself strong surrogates beyond Mr Biden? Even Mr. Romney look better surrounded with a full team, cabinet and party in place than Mr. Donkey! May be Chicago need to start dusting up Karl Rove's swift boat playbook.
Attacks on opponents character works better on a blank slate like Kerry and Romney, and the flip-flopper of 2004 should be the etch the sketch of 2012. Only after this is established in voters' mind after 6 months of badgering will the pulverization of the strong suit aka swift boat ad, or Bain capital bomb be thrown with the kitchen sink!
This is going to really be fun! Can't wait for mud to start flying. It is a 3 billion dollars election baby! Thanks to our clueless Supreme Court!
Posted by DonCasiragi at 7:56 AM